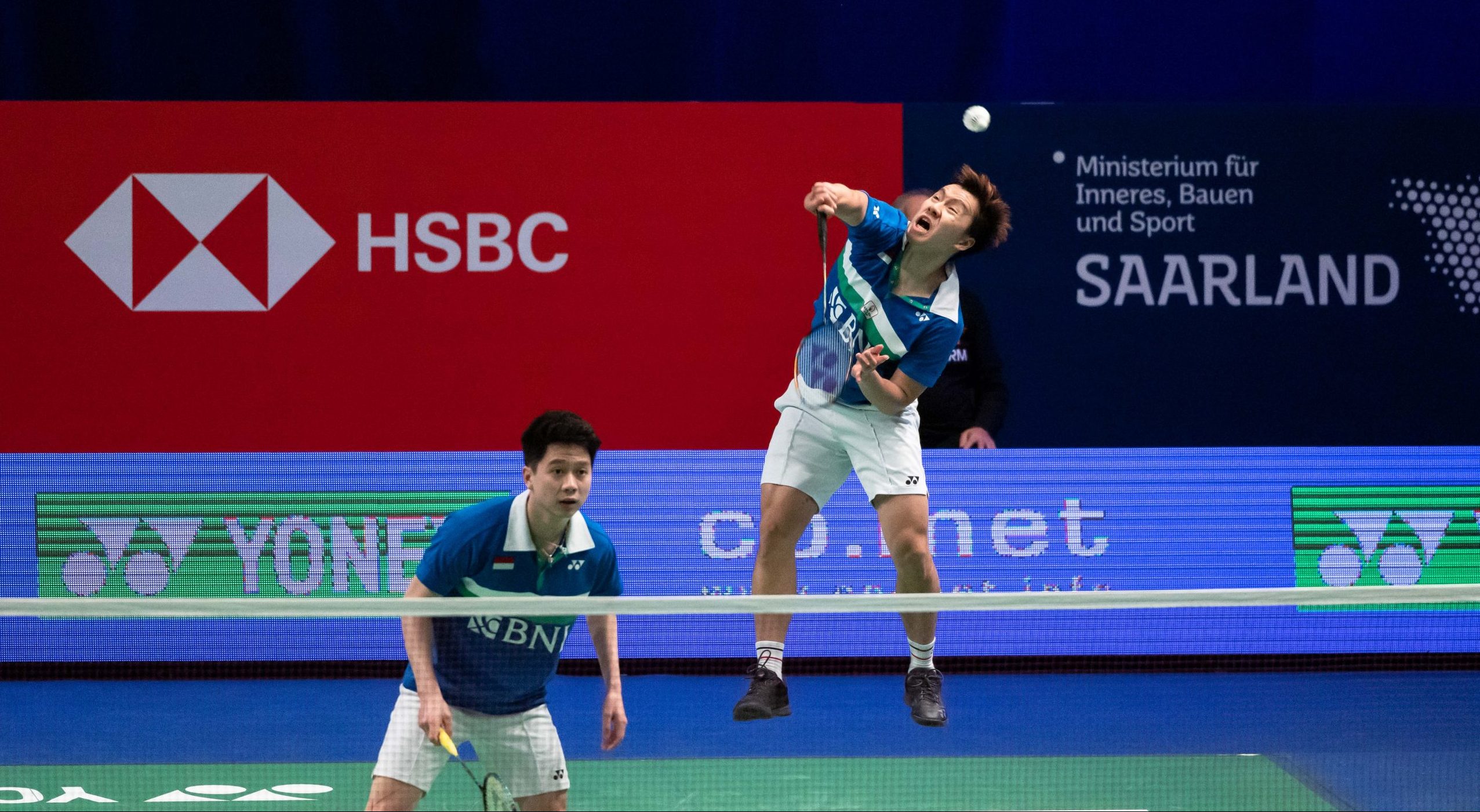 Players from Asia dominate the quarterfinal day of the HYLO Badminton Open.

Friday in the Saarlandhalle, it should shatter all dreams of a final with German participation at the HYLO Open 2021. In the quarterfinals, both the so far so strong playing mixed Isabel Lohau and Mark Lamsfuß and the experienced women's doubles Lohau/Efler were eliminated. Thus, the last two days of the tournament will be played without German athletes.

"We didn't show our best performance today, but on the other hand not everything was bad. First and foremost, we lacked consistency," reported Linda Efler after the quarterfinal exit, but still drew a positive conclusion afterwards: "Despite the defeat, we are happy to have made it to the quarterfinals at all. It was great fun to play in front of our home crowd."

With her partner Isabel Lohau, the 26-year-old faced Rin Iwanaga and Kie Nakanishi from Japan in the evening. The two pairs last met two years ago at the Dutch Open. At that time the Japanese did not give the duo Lohau/Efler the slightest chance with a clear 21:11 and 21:13. And things were not really going to go any better for the two Germans in Saarbrücken. The 2019 German champions started the match in a concentrated manner and took a 5:1 and 6:2 lead. However, as Iwanaga/Nakanishi scored seven points in a row at 7:4 and took the match more and more in the following, set one was lost not undeservedly with 15:21 from the German point of view. "The shuttles were much slower today than in the past three days. Because of that we didn't get any length in our strokes, which the Japanese took good advantage of," Isabel Lohau named a possible reason for the superiority of her opponents. Since the Germans also struggled with the slow ball in the second round, the hoped-for turnaround failed to materialize. Iwanaga and Nakanishi won the second set 21-16 and thus secured their ticket to the semifinals.

The match was a bit closer on Friday afternoon for the pairing of Isabel Lohau and Mark Lamsfuß. After the two local heroes lost the first set against the second seeded mixed team Praveen Jordan and Melati Oktavianti (IDN) with 14:21, they turned up the heat in the second set and more than held their own against the favored Indonesians. Consequently, set two went to the Germans with 21:18. In the deciding set, however, the momentum changed again, so that the spectators in the Saarlandhalle had to watch how the Indonesian mixed team pulled away point by point. After a total of 52 minutes, the favorites took advantage of their first match point, thus eliminating Lohau/Lamsfuß from the quarterfinals. "We knew that Jordan is very strong in attack and therefore wanted to attack early ourselves. But they made it difficult for us and played very well today," said a disappointed Mark Lamsfuß after the match.

"Minions" on, "Daddies" out

On the fourth day of competition, however, not only the hopes for a final with German participation were dashed. Also the dream final in the men's doubles, which was predicted before the tournament, will definitely not take place at this year's HYLO Open. The reason for this were the two Indonesians Leo Rolly Carnando and Daniel Marthin on Friday, who in their quarterfinal match surprisingly threw the world number two Mohammad Ahsan and Hendra Setiawan, also called "Daddies" due to their advanced age, out of the tournament with 22:20/21:17. But part of the whole truth was that Ahsan injured himself midway through the second set: "I don't really know what happened. I suddenly had a lot of pain in my ankle and couldn't perform properly," the 34-year-old explained after the end of the match.

Much more successful were their biggest competitors and compatriots Marcus Gideon and Kevin Sukamuljo, who did not give last year's finalists Daniel Lundgaard and Mathias Thyrri (DEN) the slightest chance in their 21:14/21:15 victory. Thus, the currently world's best men's doubles team continues to impressively live up to its role as favorites in Saarbrücken and will meet Thailand's Supak Jomkoh and Kittinupong Kedren in the semifinals on Saturday.

With Indonesians Pramudya Kusumawardana and Yeremia Rambitan completing the semifinal pairings in men's doubles, there will definitely be a winning duo from Asia in men's doubles. The same applies to the men's singles (twice India, once Singapore, once Malaysia), the women's doubles, where two Japanese, one Indonesian and one Thai duo remain, and the mixed discipline (twice Thailand, twice Indonesia). Thus, on the last two days of the tournament, only Canada's Michelle Li (women's singles), who won her quarterfinal match against Turkey's Aliye Demirbag in two sets, will fight for the honor of the remaining continents.