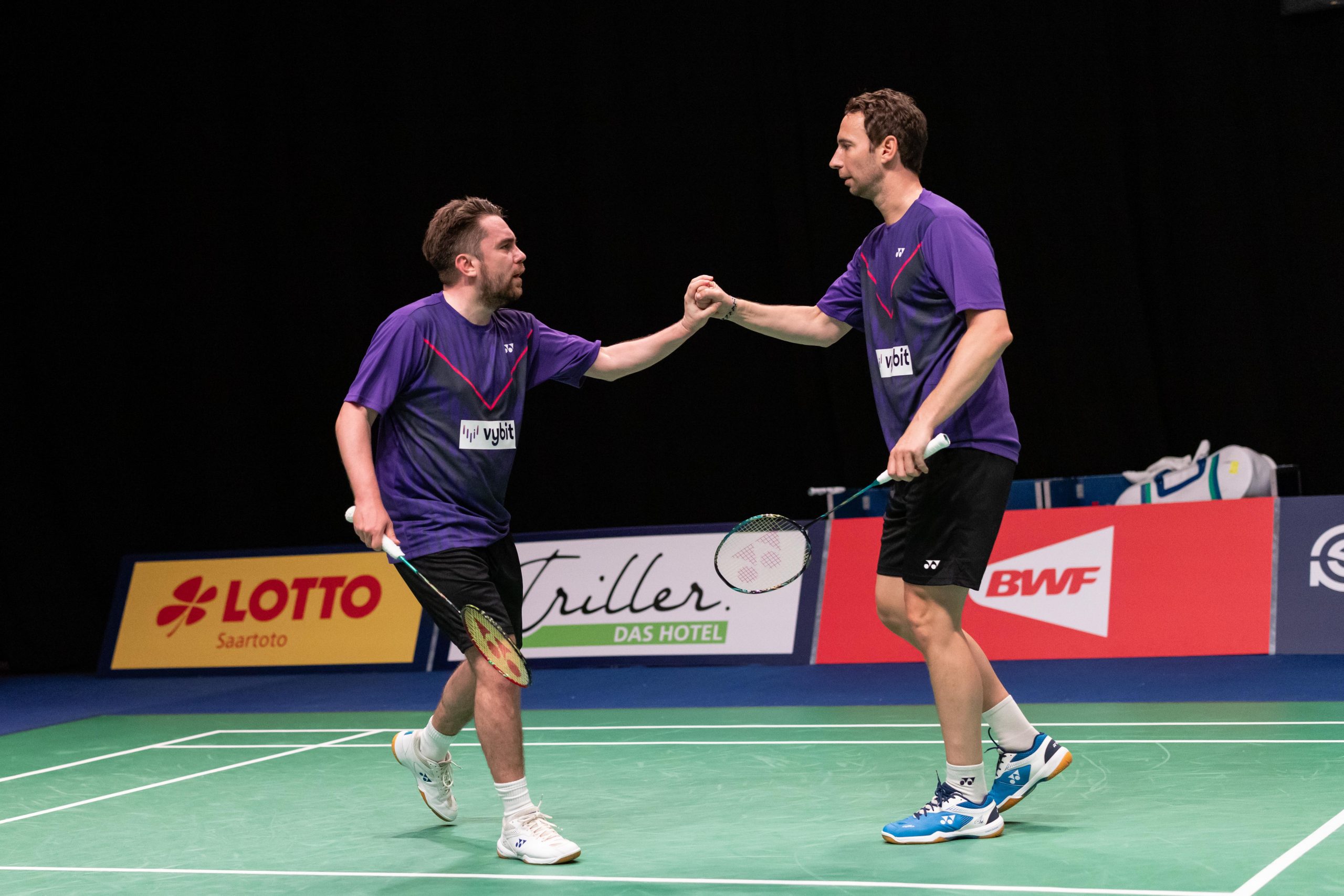 A year and a half after the end of his career, Danish badminton legend Mathias Boe celebrated his retirement from the retirement in Saarbrücken - with a partner who is 37 years old but has never played in a BWF tournament. Netzroller clarifies what is behind this special men's doubles at the HYLO Open.

Former world runner-up Boe is now 41 years old, but he can still keep up on the court. He proved this on Wednesday in his performance against Englishmen Callum Hemming and Steven Stallwood. The former world-class player had already ended his active career in April 2020 and subsequently coached the Indian men's doubles team Rankireddy/Shetty, which competed at the Olympic Games in Tokyo this summer. The move to the Far East seemed logical, as Boe has been dating the well-known Indian actress Taapsee Pannu for some time. The celebrated couple appear together as supporters of the charity Nanhi Kali.

Nanhi Kali is an educational program for non-privileged girls in India. The fight against child marriage and child labor is also a major concern of the organization. 100 girls in rural regions of India are supported by the badminton star and the actress. This is also how the contact with Boe's current doubles partner Michael Sarfelt came about.

The 37-year-old is more of a businessman than a badminton star. It wasn't enough for a professional career, although the Dane fell under the sport's spell as a five-year-old. So when "one of the biggest badminton freaks," as Boe describes him, got the chance to stand on the court with an Olympic silver medalist, he didn't have to hesitate for long.

The simple agreement: if Sarfelt donated to the Nanhi Kali organization, Boe would register the duo for the Denmark Open. However, the doubles team failed to make it into the main draw in Odense. But things went better in Saarbrücken, where Boe celebrated his comeback and Sarfelt his debut on the international stage.

"It was a unique experience and a great honor for me. The whole thing is still a bit surreal," Sarfelt admitted after his first-round match against the young Brits Hemming/Stallwood: "I would have donated to Mathias' charity even without playing in a BWF tournament. It's more important for me to give something back to people, to give them a better life."As a bonus, the duo did step into the badminton spotlight.

In Denmark in particular, this special kind of double attracted a lot of media attention. However, there will be no repeat of the "Danish Duo" despite the positive response. This is not least due to some critical voices who complain that Boe and Sarfelt are taking away a place in the main draw from players with sporting ambitions.

They merely took advantage of a BWF loophole, contradicts Boe: "For me, it was a great experience to be back on the court. For Michael, a childhood dream has come true. And with the campaign we support girls in India. This circle is closed. That was unique."

In any case, it was unique at the 2021 Hylo Open. The Danes did passably well against Hemming/Stallwood, but were eliminated with 6:21 and 17:21. But the sporting aspects of this undoubtedly exceptional doubles match were in the background anyway.

Kick-Off at the HYLO Badminton Open